This Pit Bull, of unknown descent, was found by Private John Robert Conroy on the campus of Yale University, in 1917, while training for deployment to the European front of WWI. Stubby was a brown and white patched little puppy with a 'stubbed' tail, hence his name Stubby.During the course of his stay at the camp with Private Conroy, and the other service men, Stubby became familiar with all of the bugle calls, the drill marching routines, and even learned to give a dog's version of a salute. He would would put his right paw on his right eyebrow when a salute was executed by others around him. Stubby's ability to salute struck a chord with the training camp commander and the dog was granted permission to remain with Private Conroy, even though pets were not allowed in the training compound.Training finally came to an end and the camp packed up. Private Conroy was not willing to abandon Stubby when he left so instead he smuggled his beloved dog aboard the passenger truck that was transporting the men to the train depot.Training finally came to an end and the camp packed up. Private Conroy was not willing to abandon Stubby when he left so instead he smuggled his beloved dog aboard the passenger truck that was transporting the men to the train depot.
Next he smuggled Stubby aboard the train carrying the soldiers to the seaport of Newport News, Virginia. After successfully reaching the seaport, Stubby was concealed and brought on board a naval transport ship, heading for Europe.Stubby spent his first twelve hours or so hiding in the ships coal bin.
Bye this time the ship was too far out to sea to turn back so Private Conroy brought him out on deck.Stubby became very popular with all the sailors and soldiers, and one sailor even made him a set of 'dog tags' (I.D. tags that soldiers wear to identify themselves). The long sea voyage came to an end and now Stubby had to be smuggled off the ship into a foreign country, a real problem for Private Conroy and his dog. Private Conroy nestled Stubby, who had grown quite a bit since he was first discovered in the training camp, under his arm and draped his coat over his shoulder so it would hang down his body and conceal Stubby. It worked. They had made it to Europe.It wasn't long before Private Conroy's new commander discovered that Stubby was with him. After listening to the story about Stubby's voyage, and the other soldiers who were attached to the dog, the commander allowed the dog to stay for 'morale purposes'.Several weeks passed and then the orders came down. Private Conroy's division, the 102d Infantry, which was a sub-division of the 26th Yankee Division, were heading to the front lines in France. Stubby was given special orders from Private Conroy's commander making him a member and special mascot of the 102d Infantry division. These orders allowed him to go to the front lines with Private Conroy and the rest of the soldiers
The 102d reached the front lines on the 5th of February, 1918. Things there were cold, wet and very dangerous. The soldiers lived in dug-out ditches called trenches. Water and mud gathered shin deep in these trenches, making it very unhealthy for the men and Stubby. Sniper fire was exchanged between the Germans and the allies constantly and men were killed and injured often. Stubby became accustomed to his new surroundings and learned to deal with the loud rifles and heavy artillery fire. All remained 'trench normal' until the day a large gas attack was launched by the Germans. The gas was a mixture of chemicals that burned the skin off, caused the lungs to blister, and the eyes to burn. This caused blindness, loss of limbs, and death in many cases. Stubby's first battle injury occurred due to gas exposure
He was taken to a nearby field hospital and nursed back to health. His exposure to the gas made him sensitive to even the slightest hint of the vapor. This came in handy several weeks later when an early morning gas attack was launched. The men in his portion of the trench were sleeping and were unaware that gas had just been launched. Stubby picked up the scent of the gas and ran through the trench barking and biting at the soldiers shirts and boots waking them. Some of the soldiers woke up and realized what was happening and sounded the gas alarm. Many men were saved that morning. Stubby left the trench to avoid the gas and didn't return until it was all clear.After Stubby's return to the trenches he became very useful in locating wounded men in 'no-mans land'. No-mans land was the ground area between the Allied and German trenches. It was called no-mans land because if you became stuck there you were almost sure to be killed by snipers since the available cover was very sparse. Stubby would listen for injured and lost men shouting in English. He would then go out to them and bark for paramedics or lead the uninjured ones back to the safety of the trenches. The men were more than greatfull and treated Stubby as a golden asset to the division.One day, while on patrol in no-mans land, Stubby heard a noise coming from a small patch of brush. He went to investigate and found a German spy who was mapping out the layout of the Allied trenches. The German soldier tried to call Stubby to him but it didn't work. Stubby put his ears back and began to bark. The German began to run and Stubby took off after him, biting the soldier on his legs causing him to trip and fall. Stubby then attacked the soldier's arms and finally bit and held onto his rear end. Bye this time some of the Allied soldiers had come to see what all the noise was. When they saw that the dog had captured a spy they cheered. Stubby had once again proven himself a real soldier. The commander of the 102d used this act of bravery to put Stubby in for a promotion to the ranks of the Noncommissioned Officers by awarding him the rank of Sergeant. He became the first dog of his breed to be given rank in the armed forces.
Again the Germans attacked, except this time it was a full out Infantry attack. German soldiers poured over no-mans land firing rifles and throwing grenades. Stubby and Private Conroy were tucked down in a bunker. Private Conroy poked his head and rifle out to fire at the enemy and Stubby stepped all the way out of the bunker. The area looked clear but a German soldier, out of Stubby's sight, threw a grenade at the bunker. The grenade explode and Stubby caught a large amount of shrapnel in his chest and right leg. He lay there motionless and limp and the men thought he was dead. Private Conroy picked him up and checked for a heartbeat and breathing. Stubby was still alive so Private Conroy rushed him to the field hospital. The doctors patched Stubby up as best they could but he had to be sent to a Red Cross recovery hospital for follow-up surgeries and recovery.Stubby became well enough to move around and spent his time at the Red Cross hospital visiting wounded men and socializing with the very caring nurses. He was a great help to the morale of the wounded men and again showed himself to be a hero to the wounded. Stubby eventually recovered fully and was returned to the front lines with the 102d Infantry Division.WWI ended on the 11th of November, 1918. Sergeant Stubby served in 17 battles during his stay in Europe. He also visited with president Woodrow Wilson after leading the American troops in a pass and review parade for the President in Europe. When he met President Wilson he gave his trademark salute and the president loved it.After returning to the United StaTes in April of 1919, Stubby was given several different medals. One was a gold medal from the Humane Education Society, presented by General John J. Pershing, head of the American SOME OTHER PIT BULL PICS Posted by Ronnie Burjorji at 6:55 PM

Pretty sure he's a staffy from his height 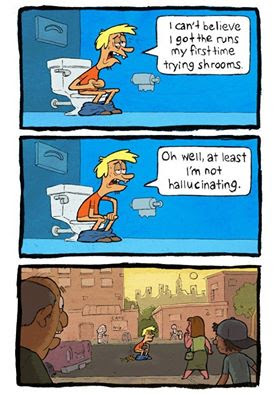